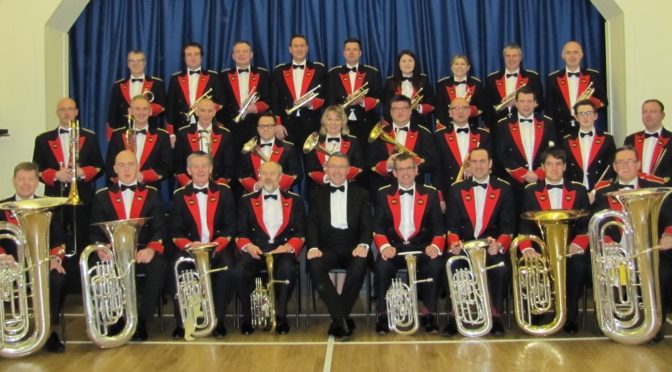 The Aldbourne Band competed in the Wychavon Festival of Brass yesterday, and were pleased with our result after an eight year absence from participating in an Entertainment Contest. Coming 2nd overall, we were especially happy to win best overall Percussion Section and best overall Baritone Section prizes, and would like to extend our congratulations to Filton Concert Brass for their winning performance. We would especially like to thank Chris King for his fabulous arrangements and his work with the Band, and also our wonderful supporters who joined us yesterday.
We now turn our attention to the upcoming Remembrance weekend. This coming Friday (9th November), the band are playing in the Memorial Hall in Aldbourne to commemorate 100 years since the end of WW1, and the following evening will be playing at the Festival of Commemoration in Christ Church in Swindon, which starts at 7pm. We welcome Danny Dullforce as our guest Conductor for both occasions. The following morning on Armistice Day itself, the Aldbourne Band will be taking part as usual in the Act of Remembrance in the village outside the Memorial Hall. In the evening, the Aldbourne Youth Band conducted by Janet Roe will be playing in ‘A Testament of Youth: Renewing our hope 100 years on’, a service of inspiring music and reflective readings, also held in Christ Church, Swindon, and starting at 6.30pm. We look forward to taking part in these concerts and services as part of the Historic 100 year ending of WW1. #Dabchicks #Aldbourneband