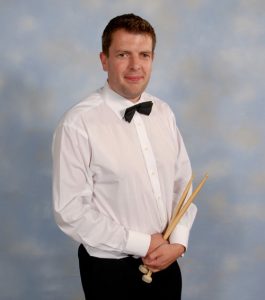 Luke joined the band on percussion in 1993 after deciding he was never going to fully love, or master the playing of, brass instruments. Although Luke has played most percussion intstruments in his time with the band he most regularly features on kit. 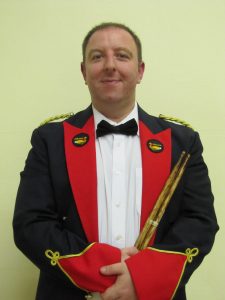 Jason has more than 25 years playing experience, which includes brass, military, and wind band. Jason joined Aldbourne Band in 2013. He previously played principal percussion for Swindon Pegasus, and whilst there led its development band, ‘Swindon School of Brass’ as its Musical Director. Jason teaches drums and percussion for Berkshire Maestros. He enjoys nurturing the next generation of players and helping them to develop their musical skills. He has many musical highlights; of which include performing at the London 2012 Olympic Games, military tattoos, and the Royal Albert Hall. He has also performed on numerous recordings for both local and national radio; including “Listen to the Band” on BBC Radio 2. Jason enjoys supporting other music ensembles, and has performed with bands including Flowers, Wantage and Brunel Brass. Jason is looking forward to the future with Aldbourne Band, including performing at the British Open in 2018 and 2019