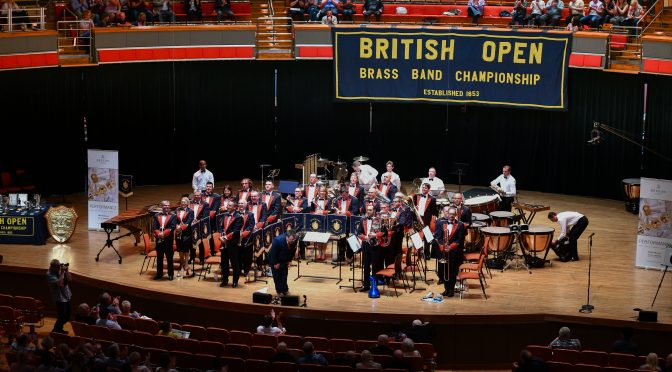 Aldbourne Band are delighted to announce that we have secured the services of two of the most dynamic and exciting conductors in Europe to work with our resident conductor, Glyn Williams, for the British Open and National Finals later this year.

For the British Open in September, the band will be led by one of the foremost emerging talents from Europe, Belgian conductor Ivan Meylemans. In October, we welcome the highly respected and sought after Lee Skipsey to take us for the National Finals.

The band committee has worked closely with Glyn to build a team for both competitions that will encourage high standards of musicality, technique and discipline, but one that also works well with the friendly ethos of our historic, yet highly ambitious village band from Wiltshire.

Ivan has been involved with the brass band scene in Europe for a number of years and has ties to one of the top bands in the world, Valaisia Brass Band, recent British Open and European champions. He has also worked with many well known orchestras and brass bands around Europe including conducting the 2018 European Youth Brass Band as part of the European Brass Band Championship activities last year.

Lee is well known on the British brass band scene as the Director of Music for the City of Bradford Brass Band, a band he took from the 3rd Section to the Championship Section, including qualification to the National Finals. His record speaks for itself with 31 podium finishes in the last seven years so far as a conductor of City of Bradford and other bands.

Band Chairman Ian Keene commented “We’re looking forward to working closely with these two highly respected and charismatic conductors and together with our resident conductor Glyn Williams, we believe they will help us continue building on our recent success in these major competitions”.

For more information on Aldbourne Band search for us on Facebook or go to our website at www.aldbourneband.org.uk