Aldbourne band were once again delighted to be guests of the Immanuel United Reformed Church in Swindon at their annual concert, continuing an unbroken trend since 1963!  Performing to a packed audience, the band shared the concert with the excellent Immanuel Church choir and delivered an exciting and entertaining programme, starting 2019 as they mean to go on.

The band’s musical director, Glyn Williams, chose a varied programme of popular music from the high-octane John William’s Star Wars and Indiana Jones and the Temple of Doom, to the chilled Duke Ellington’s Mood Indigo.  Many of the band’s excellent soloists were given a chance to shine in pieces like ‘La Fiesta’ and Billy Joel’s ‘Lullaby’ and principal cornet Richard Hughes once again wowed us all with his spine-tingling rendition of ‘Born on the 4th of July’.  Inspired by Glyn’s powerful baritone voice, the band also treated the audience to a rousing rendition of The Beatles’ Sergeant Pepper’s Lonely Hearts Club band, complete with singing!  The band was thrilled to finish the first half of the concert with a joint item with the Reverend Geoff Gleed, Choir Master and Organist of Immanuel URC, leading the band on the organ in the Finale from Camille Saint-Seans’ Organ Symphony.

As usual the church choir thoroughly entertained the audience and the band, especially with their little ditty about the band’s success to the tune of All things bright and beautiful and He who would valiant be!  Aldbourne rounded off the very successful concert with Philip Harper’s tribute to Roald Dahl “The World’s Greatest Storyteller” and with an encore of Festive Overture.

The concert featured on ‘A Touch of Brass’ on Swindon 105.5 FM on Sunday night, and we thank Martin Upfold for the recording.

The Band now looks forward to the 2nd of February where they will be performing at Dorchester Abbey with the Reading Phoenix Choir. 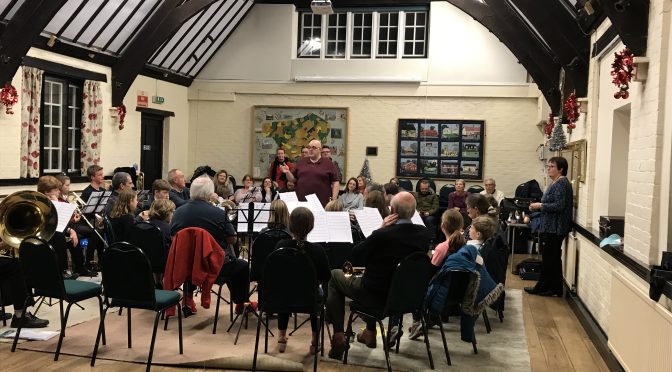 Aldbourne Youth and Junior bands were very lucky to kick off their 2019 rehearsals with an inspiring interactive session led by the band’s resident @Glyn Williams. The young musicians about the importance of breathing properly, of warming up, using the diaphragm and listening critically to themselves as they practice every day!
Glyn held a band competition to find the player who could hold the longest note and demonstrated how using the diaphragm improved tone and volume. The band went on to play an arrangement of Colonel Bogey. The youngsters were and very much enjoyed the session. it has inspired them to improve their own standard this year.

Youth and Junior band Musical Director, Janet Roe, said “The evening has been great fun as well as teaching and reminding the players of some of the basics of playing. Glyn even managed to get the parents who were watching to participate in some of the warm up activities!”
#Aldbourneband #Dabchicks 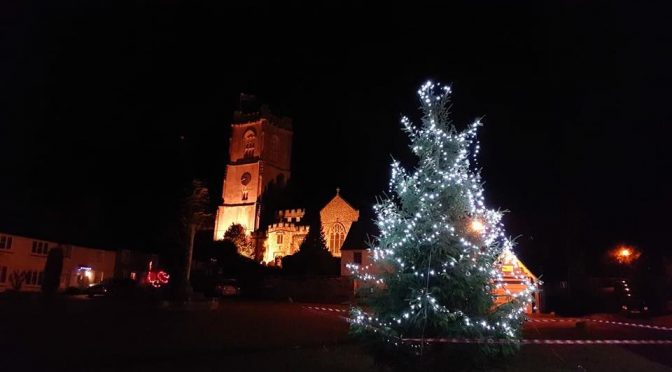 Reflecting on a historic year for the band, we thoroughly enjoyed closing out 2018 with a busy schedule of Concerts and carol playing. We were thrilled to welcome special guest, Helen Williams, to play with us at our Christmas Concert in the Village; her rendition of ‘Away in a Manger’ was truly magical, and the players were especially grateful to Glyn Williams for buying us a round of drinks afterwards!

As we look ahead to 2019 with its exciting new sets of concerts and competitions, we are thoroughly looking forward to building on the achievements of last year under the strong guidance and focus of Glyn Williams and David Thornton. 2019 will be hopefully a great year of musical experiences and making new friends.

A massive thank you must go out to all the amazing supporters and Friends of Aldbourne Band. Without you, we simply could not do the things we do!