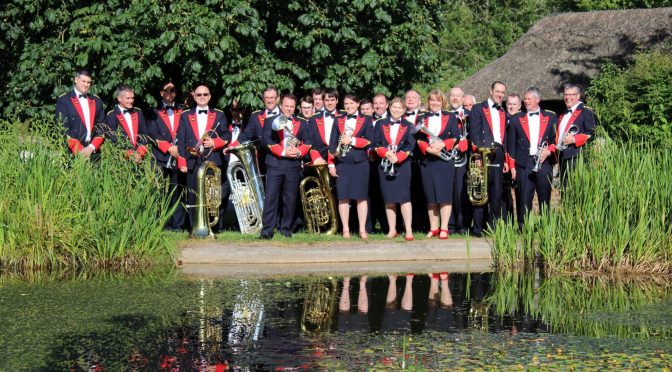 The Aldbourne Band, British Open qualifiers 2018/2019 are delighted to announce that Glyn Williams has accepted the position of Musical Director with the Aldbourne Band working alongside Dr David Thornton who has been taking the band on the contest stage. The Band Chairman Ian Keene said

“The Band is excited that we will continue to be working with these two internationally renowned musicians who bring their experience as top players with the world’s leading brass bands to lead our musical development”.

Glyn Williams conductor, adjudicator and principal Euphonium player with the World famous Cory Band and International Sterling Artist has been working with Aldbourne for the past 6 months, taking rehearsals prior to our West of England regional qualifying performance and the band’s appearance at The Grand Shield which led to promotion to the 2018/19 British Open Championship. Glyn has built a strong musical rapport with the Band, and the band is looking forward to continuing the development of our musical style and concert repertoire with Glyn as our Musical Director. On confirming his appointment Glyn commented

“The band have shown a very high level of dedication and commitment which has paid off on the performance platform. Coupled with their talents and a real team ethic, I’m looking forward to what promises to be a bright and fruitful future for the band”

Dr David Thornton, International Euphonium Soloist and Sterling Artist and Musical Director with the world famous Brighouse and Rastrick Band, led the band on their West of England Championships 2018 appearance and on their qualifying performance of “Triumph of Time” for the British Open at the Grand Shield. David will be working closely with the band over the summer months as they prepare for their inaugural performance at the British Open at the Birmingham Symphony Hall on September 9th 2018. After announcing his availability to lead the band on stage at The Open David said

“I’m delighted to have the opportunity to work with Aldbourne again. They are a committed ensemble and their dedication to preparation was shown at the recent Spring Festival. The British Open will be a challenge, as it is for every single band there, but Aldbourne are already working hard towards their date with Symphony Hall and I know we will all be in high spirits for the trip to Birmingham”.

About Aldbourne Band: Known as the “Dabchicks”, the Aldbourne Band was established in 1860 and is based in a picturesque Wiltshire village located between Swindon, Marlborough and Hungerford. During the 1920s and 30s the band achieved great acclaim performing at the Crystal Palace. The band retains close links with the village, with long standing village family names still among the playing ranks.

As past West of England Champions, the band has appeared at the Royal Albert Hall, St David’s Hall, The Royal Festival Hall and more recently at Salisbury Cathedral.  As part of a busy concert schedule they host a series of “Pond Concerts” in the village during the summer months, with the highlight being their popular “Prom on the Green” concert in August. The year ends with their traditional Christmas day carolling around the village starting at 4am! 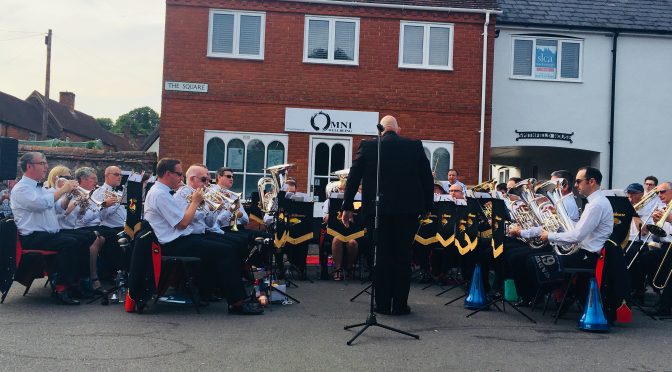 Our 2nd Pond Concert was played in high temperatures which matched the music as we took a world tour around the Qualifiers and Non Qualifying Countries of the World Cup. The crowd was cheering us on as Glyn Williams took the helm for our 2nd Pond Concert of the season. The appreciative audience enjoyed a wide and varied repertoire of music ranging from Festive Overture to Abba goes Brass to Riverdance. We are now looking forward to our next Concert with Glyn Williams. This is a music recital as part of the Marlborough College Summer Series on the 12th of July starting at 8pm at the Ellis Theatre Marlborough. Come and join us for a great evening Summer Concert