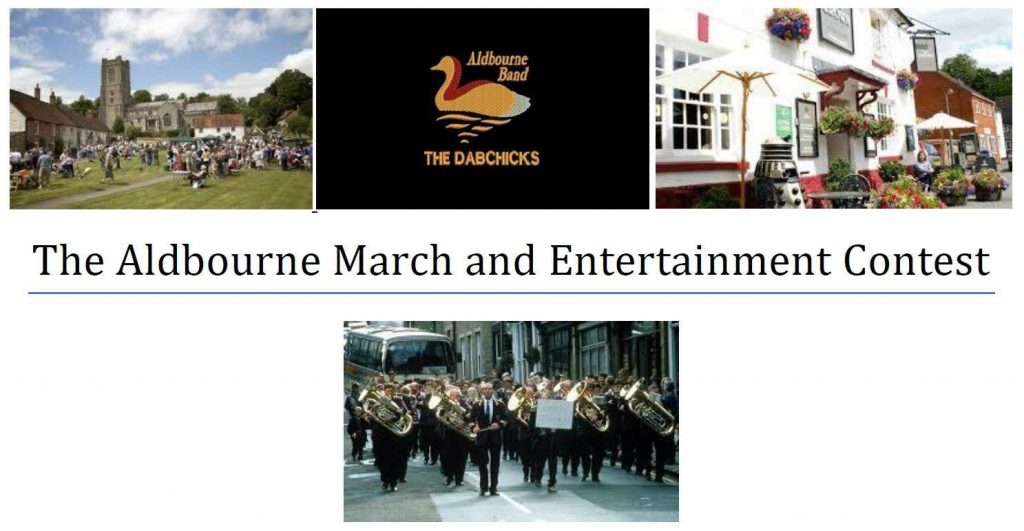 The inaugural Aldbourne March Contest will be held on Saturday August 4th 2018 at the Green in Aldbourne!

This forms part of the “Aldbourne Music and Song Festival” during the Villages’ community music week.

Adult and Youth Bands of all levels and experience from around the surrounding counties will be invited to take part in the villages’ community music week, which will feature a wide range of musical performances and workshops culminating in the Aldbourne Band leading the annual “Prom on the Green” concert.
The event will see the bands take a short 3 minute march from the Square, around the picturesque village Green, stopping at the historic Blue Boar, where each band has the opportunity to entertain the assembled spectators and impress our March adjudicator and our panel of entertainment judges with a “Contest March” and “Entertainment Item” of each band’s choosing.

Prizes will be awarded for the Best Deportment and Marching, Best Contest March and the Best Entertainment Item.

For further information and to register your band’s interest to join what will be a great musical event, a great day meet banding friends, and a family day out in one of Wiltshire’s most quintessential traditional village settings please contact Jane Lewis (janelewi13@hotmail.co.uk)

Well done to Flowers Band and Woodfalls Band on their qualification for the National Finals – we know you will represent the West of England well!

We were disappointed with 5th this year, but were proud of our performance. Special thanks to Glyn Williams for all his help in preparing us and also David Thornton for his work as our professional conductor for the contest itself.

We look forward to continuing our work with these two fine musicians as we prepare for the Grand Shield in May.

Here is a write up of the performance the Band did from The British Bandsman:

Excellent, dynamic opening section with everything heard clearly. The high-quality delivery continues through the meno mosso section, where only the tiniest of clips appear. Allegro vivace knocks along and most of it is very effective. Some of the background detail is harder to decipher but the overall picture remains strong through alla gigue. Cornet plays with style and his colleagues are all up to scratch too, some not holding back at all! Presto to the end has boundless energy, but thankfully not at the expense of either the detail or the music-making. A very good show! 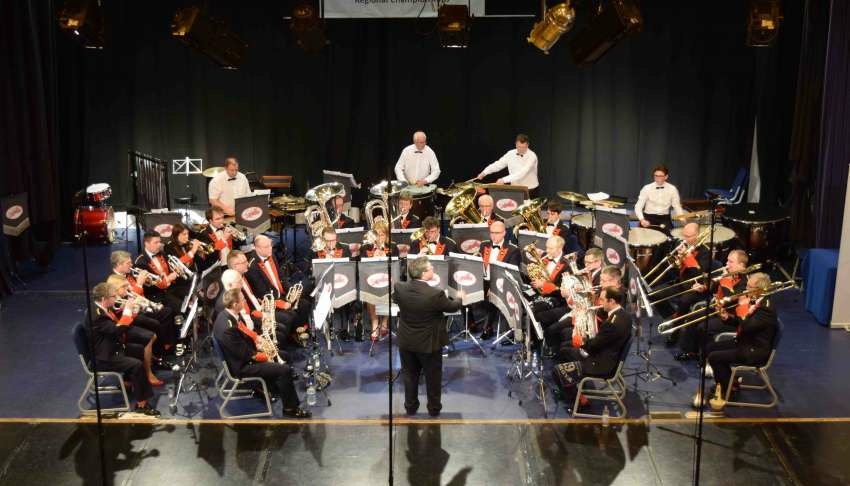