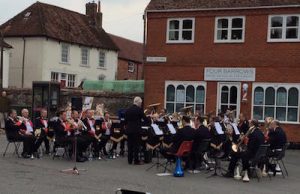 Training Band and Beginners Band. Luckily the notices and announcements about the week postponement due to the French Open had hit the spot and many people came to enjoy the Concert.

The Training Band and Beginners Band all played their part and were warmly received. 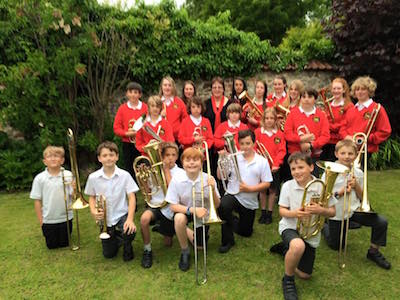 David Hayward was on hand to conduct the Band as Josh was taking advantage of the trip to France to take a well earned week break.

The weather even held out for us as well! 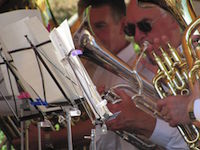 Early in June, the Band travelled to Amboise, France for our first attendance at the prestigious French Open Contest. It was a great weekend which in addition to the obvious Contest, allowed the Band to spend some time in the lovely town of Amboise and City of Tours and blend in with the other tourists. 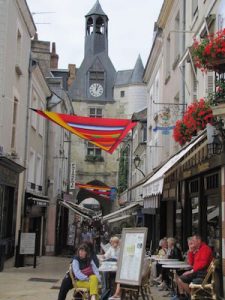 The Contest itself was a break from the norm in terms of Contests that usually take place in the UK. There were three parts to the Contest all held in different venues in the town. 1st off was a ‘Whit Friday’ style March Contest. This saw each competing Band (regardless of standard) playing two marches. The first was a march up through the picturesque town centre to a stage, where the 2nd march was played and judged. The Band chose to play ‘Death or Glory’ and ‘Knight Templar’ marches. 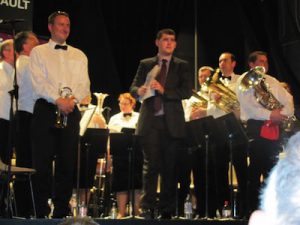 The second part of the Contest was a 30 minute programme which included the selected test piece ‘Torchbearer’ which the Band played at Torquay in March of this year. The other pieces were more of an Entertainment style programme. The Band chose to play ‘Valero
‘, ‘Flowerdale (Soloist Paul Bilkey)’, ‘Torchbearer’ and ‘Toccatta in D Minor’. This was again judged and was also streamed live on the Internet. 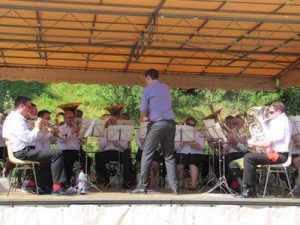 In the evening Gala Concert by Stavanger Band from Norway, the results were given and the Band were delighted to walk away with 2nd Prize in the March and 4th Prize overall. As with any first time experience, the Band learnt a few things which we hope to put into practice for the next time we again decend on Amboise! 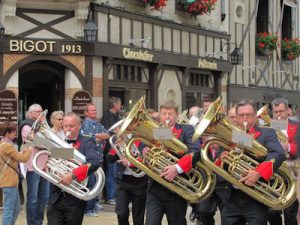