Aldbourne Band is calling on conductors to join them at their inaugural conducting course on 26th-27th October with David Johnson LLCM LRSM.

Based in the picturesque village of Aldbourne in Wiltshire, David Johnson will be coaching delegates through an intensive weekend on how to release the potential of their band, including rehearsal and baton technique, with the help of the successful Championship section band of Aldbourne. 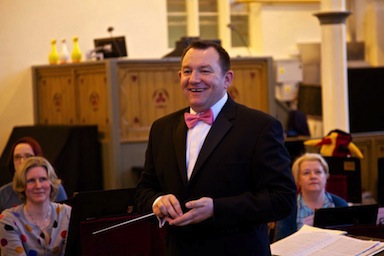 How to lead your band to success
Across the weekend David will lead sessions on how to train and run a band, preparation for contests and concerts in addition to that all important conducting technique. Delegates will also have the opportunity to prepare for and work on the regional finals test pieces in anticipation of March 2014, plus working on challenging Championship section pieces with the band.

An Aldbourne Band spokesperson told 4BR: “We’re really looking forward to working with these delegates. Over the years we’ve watched David develop into the successful conductor he is today; his passion and commitment for banding is infectious and we wouldn’t be where we are today without him. Delegates will learn so much from him.”